Follow the heart or be guided by the intellect?

Home » Follow the heart or be guided by the intellect? 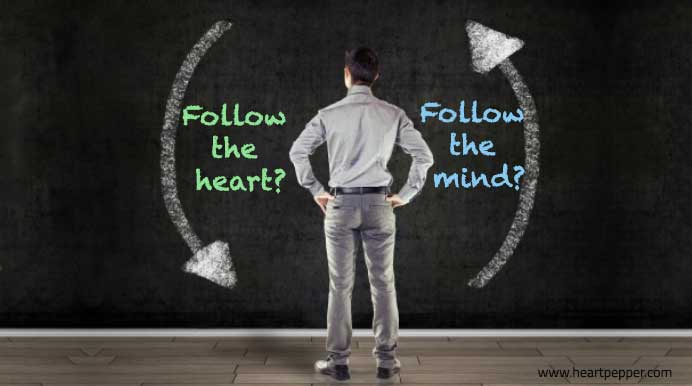 Follow the heart or be guided by the intellect?

There is an old eastern fable which goes like this.  There were 2 people who were trapped in a forest fire.  Both want to escape and run to safety.  The problem was, one person was blind and the other person had no legs.  They both had their own personality differences and ideology clashes but here was an emergency situation that required them to work together.  Alone, each one was powerless to escape, but together they stood a much better chance.  The blind person could not see, but had the ability to run.  But without the benefit of sight his running was of no use, as he had no chance of identifying where the fire was coming from, where the escape route was and in which direction to run to safety.  On the other hand, the person without legs could see, but without legs, he was not in a position to run.  So by themselves, each had a handicap.  But they had to set aside their differences and figure out a way.  So they both decided to collaborate to escape from the forest fire.  The blind man decided to carry the man without legs on his shoulders.  The blind man had legs to run but needed guidance from the other man to help with the directions.  The man without legs could not run, but could guide the blind man to move in the correct direction.  By working together, they finally succeeded in escaping the forest fire.

Although this is a fable, there is a much deeper significance to this story.  The two people in the story represents our intellect and heart.  The forest fire is a metaphor to the burning and suffering we experience.  Alone, the intellect is blind.  It can think fast, move fast but because it is blind it cannot figure out in which direction it must go.  When it tries to move alone, it is likely to stumble, fall and get hurt.  When the intellect gets hurt with its own stumbling and faltering, it can generate wrong conclusions.  It can make us feel that our life pursuits are meaningless.

Trust the eyes of the heart.  Doubt the legs of the intellect. So trust the directions your heart is telling you to follow.  Allow your mind to be guided by the heart in deciding the path you must take and the journey you must pursue.

Sairam N is the founder of Heart Pepper. After a long stint in the Corporate world, he pursued creative entrepreneurial tech ventures ranging from health-care to education. Being an avid consumer of motivational content over the years, he felt the urge to start Heart Pepper as a platform to share inspirational & motivational content and help see life's challenges in a positive perspective, tapping into the teachings and wisdom of the greatest teachers on this planet and presenting them in creative ways.

Sign up for free, to receive myblog updates, positive messages and inspiring content that hopefully perks you up. I’d loveto stay in touch and if you don’t like my mails, you can instantly unsubscribe.

Where should we send our best uplifting and
Even if you don't visit this site on a regular basis, you can get the latest posts delivered to you for free via email. We want to send you carefully selected positive messages that will keep you upbeat and positive.
100% Privacy. Your information will never be shared with any third party.
We will never spam and flood your Inbox. If you don't like what you get, instantly unsubscribe. 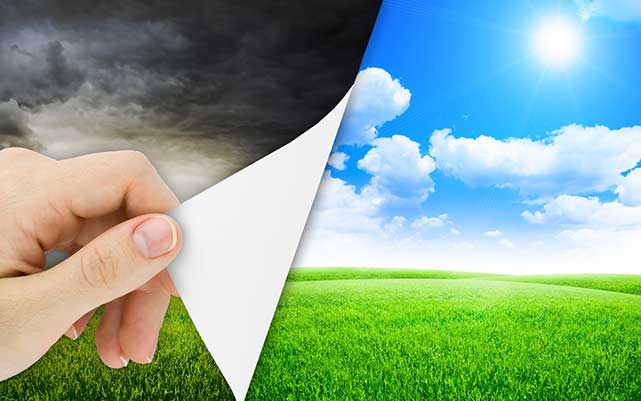